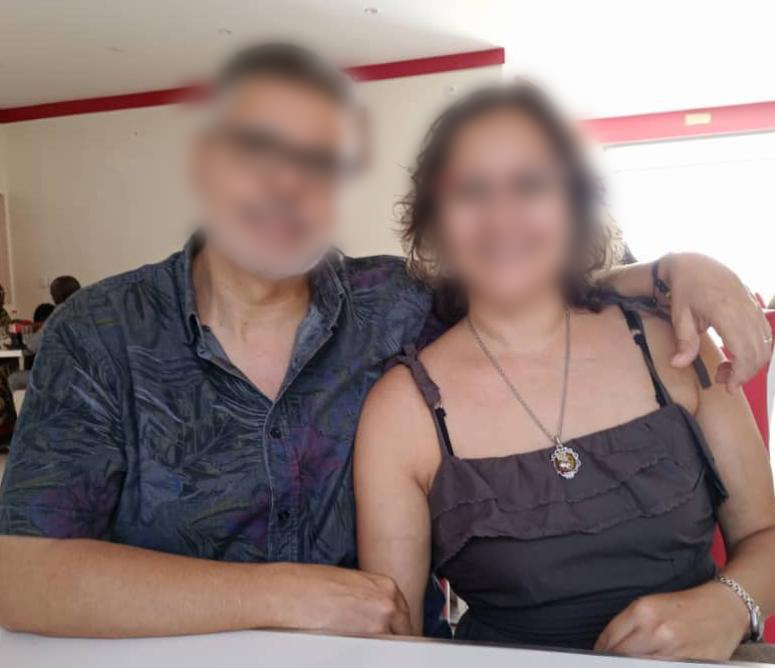 This image has been modified to protect the identity of the leaders.

Ministry Focus
The Diagu family has developed a ministry to Muslim children and teenagers through a cup of milk and cookies, which they share in the home of believers, where they teach values and principles based on the Bible.

In 2018 they reached out to a village where they impacted the community with the repair of a school that was in disrepair. When COVID arrived in the country, they suspended the delivery of cups of milk and started performing first aid and medical treatment to the villagers.

Also, they managed to cover the leg surgery of a child who had been sick for three years, which impacted the village F. and other villages.

The Diagu’s plan to expand this year to a neighboring country where they will open a vocational school for teenagers and youth to continue church planting.

In 2001 they accepted Christ and began serving in the local church. Soon after they were discipled and trained in leadership.

In 2003 a family member was diagnosed with HIV, spending critical health time and then receiving the miracle of healing.

In 2009 they received a call to serve the nations, specifically in West Africa. That same year they began Bible training.

In December 2015 to March 2016 they traveled to undisclosed country in West Africa with their 13 year old daughter. They got to know the terrain and decided to return 2017 to work in church planting.

In 2019 they decided to live in the village and get to know the needs of the community firsthand.

In 2020 Pastor Bono and his wife, who is a nurse, joined them in their calling to this missionary project. The Diagu have trained them in intensive discipleship in terms of practice in the field, leaving them in charge of the project since October.

In January 2021, Pastor Bono and his wife, initiated outreach to a neighboring village where they began praying for some people and in May planted the first church in K… village.