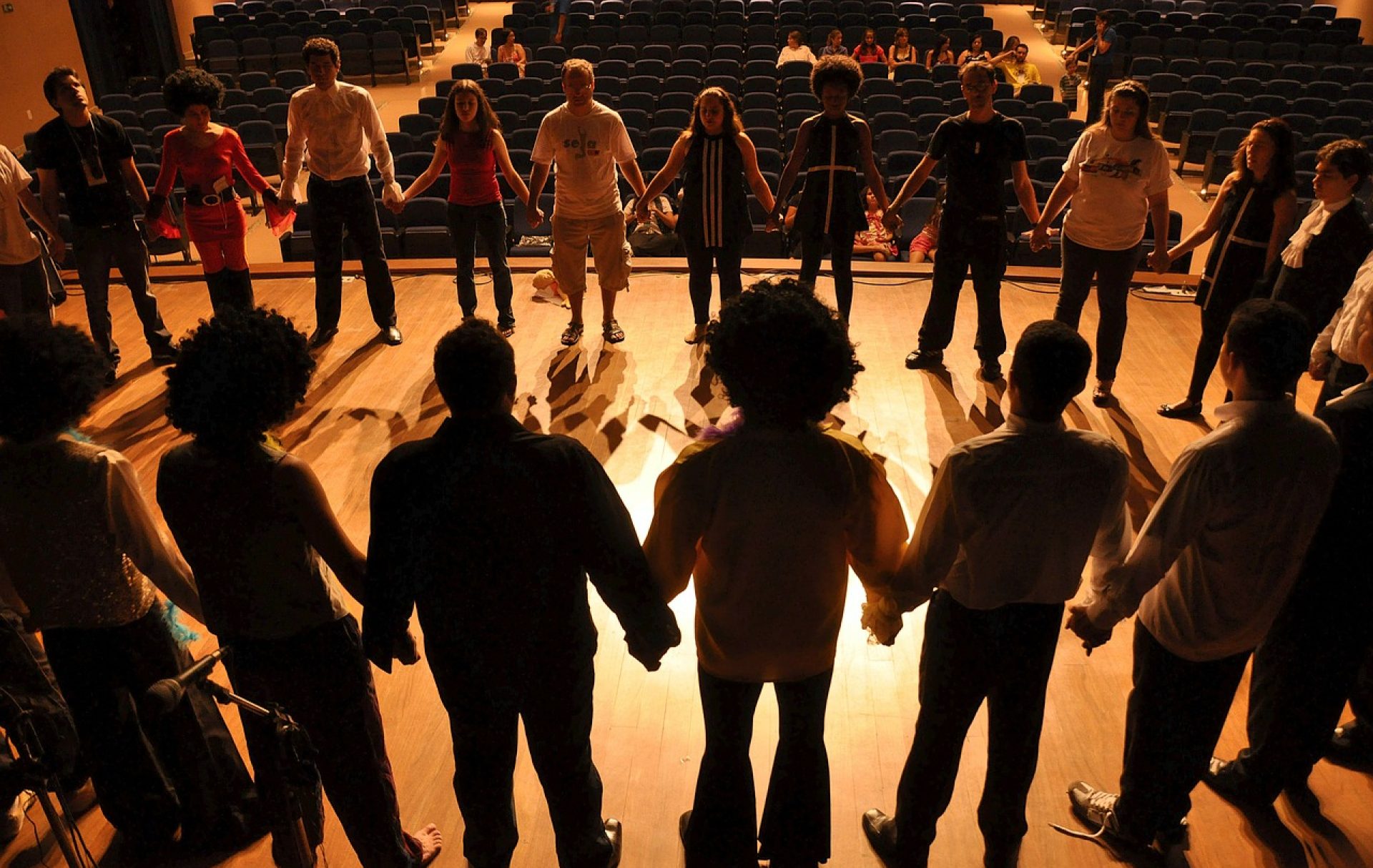 We promise you that we have a board that oversees our ministries and we are accountable to them.

These are the members of our Board of Directors and Officers:

Joaquin was born in the Dominican Republic, and grew up in Santo Domingo.  His father was an attorney and his mother was a business woman. At the age of 18 he went to Charleston, West Virginia as an international foreign student to learn English.

After returning to the Dominican Republic, he joined a Christian church in Santo Domingo.  In 1979, God called him to full-time ministry. He left his comfortable community and moved to an impoverished neighborhood to start a new church, and got engaged in community and leadership development.

In 1981, he married Oneida, who grew up in a Christian home and who had prayed to marry someone in ministry.  They have three adult children and one grandson.

In 1984, he worked as an Associate Pastor of a Spanish-speaking church in New York City, where he also served as a community mediator.

In 1985, he was appointed by Missions Door to work in church planting, leadership development and as country coordinator in Santo Domingo, Dominican Republic.

In 1992, he returned to the United States to study a Master of Arts in Cross-Cultural Communications (Missions) at Denver Seminary.

In 1995, the Vargases moved to the border town of Nogales, Mexico, where they planted a new church, started a social development nonprofit and worked in leadership development.

In 2003, they moved to Denver when Joaquin was asked to join the Executive Leadership Team of Missions Door and to oversee the U. S. Latino ministry in the United States. Soon he was asked to oversee ministries in the Caribbean, Mexico, and Central America.

In 2006, he graduated with a Master of Arts in Public Administration with an emphasis in nonprofit management from the University of Colorado at Denver.

In November 2016, he resigned from Missions Door to launch Global One80 as a separate nonprofit, but counting with the blessing of the executive leadership and board of the Mission.  The new organization has been incorporated as a Colorado nonprofit and on April 18, 2017 the Internal Revenue Services granted them a Determination Letter approving them as a 501 ( C ) 3 tax-exempt organization.

Victor is originally from the Dominican Republic. He accepted the Lord through the ministry that was started by Joaquin A. Vargas. For years he served in various leadership positions in three different churches where he served as Sunday school teacher, Director of a Christian school, church planter and pastor.

He was the first leader that was helped with a program to help young students to go to the University through Missions Door. He was able to graduate with a bachelors degree in Psychology.

He has served as the Country Director in the Dominican Republic of Compassion International. Also, served in in Human Resources for World Vision.

Now, he serves as the President of the Board of Global One80 as a volunteer.

She served with Campus Ambassadors as a national resource leader, a Regional Campus Specialist, Director of Campus Ministries and on the Executive Leadership Team of Missions Door.

Val grew up in an atheistic home. At age 12, while visiting her Christian grandparents, she accepted Christ. Later, while attending Northern Arizona University, Val served in her campus ministry’s student leadership. She is married to Steve Nordbye, and has two children, Erik and Kari and a wonderful daughter-in-law Diane.

Val holds a: M.A. in Biblical Studies from Denver Seminary and a D. Min in Servant Leadership for Team and Organizational Effectiveness from Bethel Seminary in St. Paul, MN.

She is the Executive Director of Campus One80, a ministry that partners with Global One80.

To learn more about her minsitry work, visit https://www.campusone80.com/

Solomon is currently the Family Pastor @ Iglesia Ncuentro Church in Mesa, AZ and Vice President of Operations for Blue Water Capital, Private Equity Group. He serves on the Board of Directors and enjoys working with families, teaching and sharing the word of God here in the United States and in Mexico. Solomon has been in ministry for 22 years now; he is a licensed and ordained minister, graduate of Arizona Christian University, who has concentrated his efforts in multi-ethnic, cross-cultural ministry opportunities. Bilingual, with a heart for the Latino community he has worked in a variety of settings from organizing Outreach Events, to Planting Churches, Preaching & Teaching, to Missions, to Teaching Music, to Leadership Training and Individual Mentorship.

Solomon was born in Nashville, TN in 1976 and later he moved to Phoenix, AZ in 1986. At the age of 15, he accepted the Lord in Hume Lake, CA. in the summer of 1991. One of his most treasured experiences as a Christian came just 8 months later when he went on a short-term mission trip to Mazatlan, Mexico in 1992. Upon returning to the USA, he began learning Spanish in order to share the Good News of Jesus to those he had met in Mexico. Later he returned on several occasions and shared Jesus in Spanish where many believed and gave their lives to Christ.

Upon graduating High School and completing some Community College courses he then attended Arizona Christian University to finish his studies, both for Biblical Studies and Business Administration, graduating in 1998. This same year he began his full time ministry journey at Pilgrim Rest Church in Downtown Phoenix as the Latino Pastor where he served for 10 years, planting a Multi-Campus Hispanic Church, organizing Outreach Events & Concerts, opening a rehab center, working with Prison Fellowship, Cornerstone Youth Outreach, and networking with many other ministries prior to transitioning to the Celebrate Recovery Ministry @ Cornerstone Christian Fellowship in Chandler, AZ.

Pastor Aldo was born in Navojoa, Sonora, Mexico. He accepted Christ when he was 8 years old at a family Christian camp.

He grew up in Mexicali where he was a member of a local Baptist church and where he served as youth leader, Sunday School teacher and worship leader.

In 1993, the Lord called him to full-time ministry, so he moved to Nogales, Sonora, Mexico to attend a bible seminary where he studied a degree in Pastoral Theology and Bible. Upon graduation, he started a new church in the same city, together with a missionary.

He met his wife at a local church and they got married in 1996. Then, the Lord opened the door for them to serve in the United States at a Christian camp in Prescott, Arizona.

In September 2002, they started another new Spanish-speaking church in Mesa, Arizona as part of Trinity Church. The church grew to about 300 people.

In September 2013, they felt the need of starting another Spanish-speaking church and they planted Iglesia Ncuentro.

Pastor Aldo has a passion for excellence and encourages new believers to grow on their faith by becoming a true follower of Jesus Christ.

Pastor Aldo and his wife Gloria have three children: Jonhnathan, Jennifer and Jeffrey

Daniel graduated from Arizona Christian University in Phoenix, AZ. He met his wife Violet at college and have been married for 15 years, and have two children, Riley (8 years old) and Crosby (4 years old). He has been in Ministry for over 15 years.

During that time, he has served as a Youth Pastor, Missions Pastor, Care Pastor, Connections Pastor, Campus Pastor, Lead Pastor and Associate Pastor. He currently lives in Phoenix, AZ where he serves as Campus Pastor at Christ Church of the Valley (Midtown, Phoenix)

Josiah House grew up in a small city outside of Denver, Colorado, called Castle Rock. There, I was involved in youth ministry throughout middle school and high school. He has a Bachelor of Arts in Biblical Studies and Ministry from Grace University in Omaha, NE. Now, he works for Verizon where he is responsible for the software behind the employee sales experience in the retail stores.

Throughout his life he has been on many different international mission experiences, including Mexico, 8 times working with pastors and children’s ministry; Costa Rica where he studied abroad at a Bible/Missions school for a semester in college; Ecuador, leading missions’ trips for a ministry group; and other countries like: Brazil, Bolivia, Dominican Republic, and Haiti.

Also, Josiah is passionate about discipleship. He served in the youth ministry with my home church in Castle Rock, Colorado for 3 years. During his time in college he had the opportunity to be a Resident Assistant. These experiences have brought great joy and it has been by the grace of God that He used me in these ministries.

His long-term goal is to be involved in missions through an International Retreat Center for pastors and leaders.

Yolanda lives in Monterrey, Mexico. She has worked for years as a professional coach to ministry leaders and business. She has also served as translator of many of the books, materials and letters written by various Christian ministries and authors, such as Natural Church Development and CoachNet, among others.

She is Director of Talent Development at a business school where she loves to teach others and learn from them developing new generations to reach their full potential.

She and her husband, Walter Sierra, also serve as pastor of a local church in their city, passionate about reaching others for Christ with a practical and relevant faith.