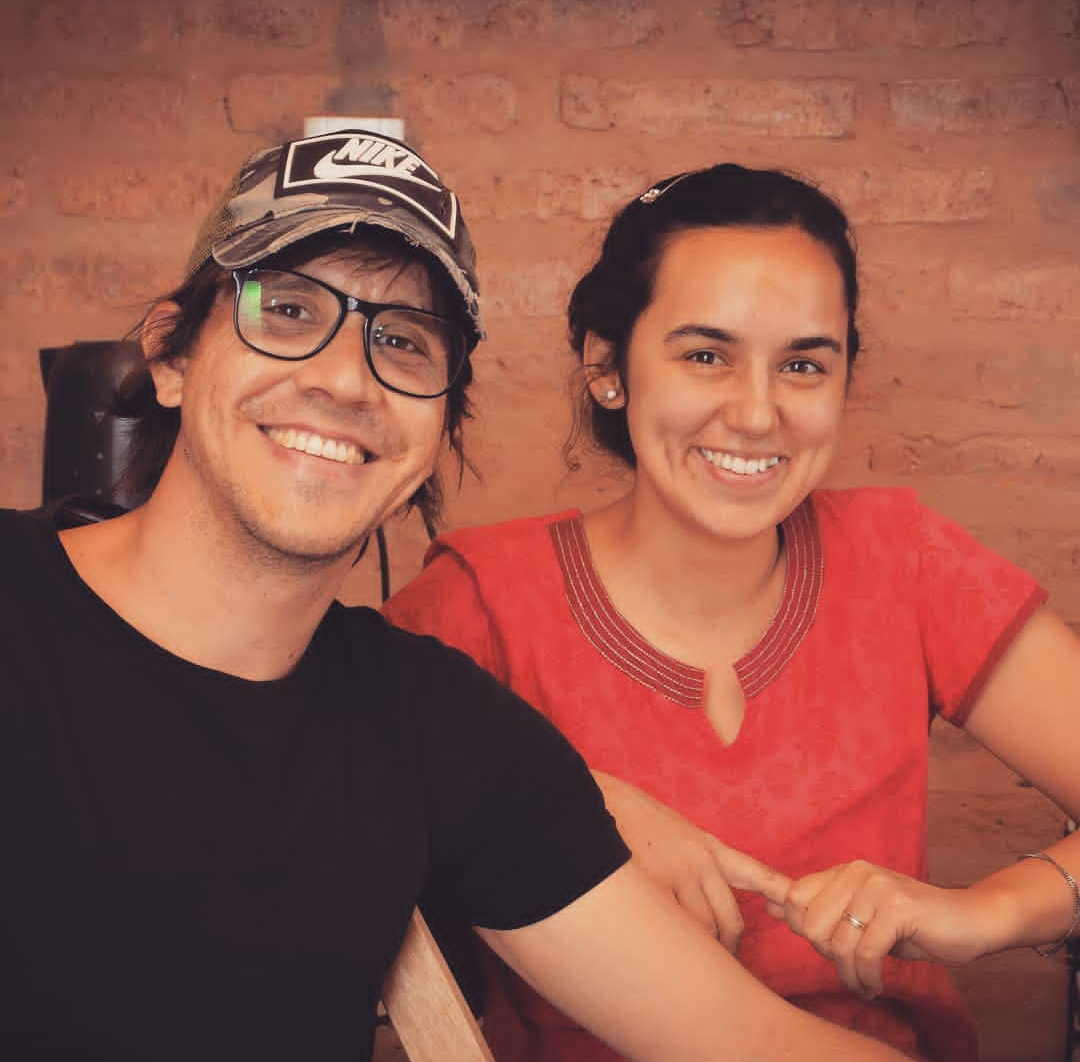 Ricardo and Florencia serve as tutors to groups of teenagers and children teaching them the Bible and assisting in their education as well as adult literacy in Buenos Aires, Argentina.

They are currently serving as volunteers for an organization called Alfalit that teaches adult literacy. During the week they teach several adults in their homes. This year 6 brothers from the congregation have been added to this task.

In 2016, they were prepared to serve God and we undertook a missionary training called EMPI.

In 2019, they moved to a town called Sauzalito, in the Chaco Impenetrable, Argentina. The village is surrounded by the immense mountain, on the banks of the Bermejo River, bordering the province of Formosa, the nearest town is 270 km away by dirt road, impassable when it rains. In this area of Argentina, a large percentage of the population belongs to the Wichí ethnic group of the original peoples.

In this place, they joined a local church of Baptist denomination, and together with their brothers they served in different areas.

Ricardo and Florencia lead a work that the church had started in a place (rural area) 70 kilometers from Sauzalito. There they teach the Bible book by book in order to leave a solid foundation for the work to continue in the hands of local brothers and sisters.

As of 2019, the work became the responsibility of a closer congregation, they continue with the teaching task in collaboration with them.

In Sauzalito they serve other brothers by attending a group of teenagers and young people. There are approximately 40 kids, who attend every Saturday to share, receive Bible teachings, and are given help in their studies.

In 2021, Ricardo and Florencia began to personally disciple some of them 5 km from Sauzalito, in Vizcacheral.

There, 40 to 50 children gather every weekend to have breakfast and receive biblical instruction. In this task we accompany a local couple who teach in the Wichí language.

Ricardo and Florencia are Argentines from the province of Buenos Aires, Argentina.